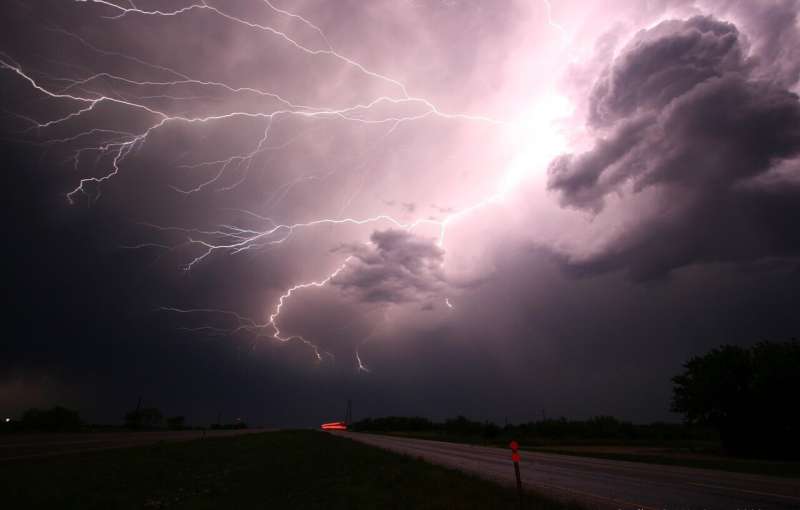 Better climate-related research and early warning systems are needed as extreme weather—from cyclones to drought—continues to inflict the African continent, said Sudanese billionaire and philanthropist Mo Ibrahim, who heads up his own foundation.

"We don't have a voice on global climate discussions as we lack strong research capabilities," Ibrahim told The Associated Press. Ibrahim said that Africa must help "shape the agenda" at the upcoming United Nations climate conference in Egypt in November, known as COP27.

He added that weather stations across the country were sparse and unevenly distributed, leading to "critical" gaps in climate data.

Experts say having a greater frequency of reliable data can help predict and plan for future extreme weather events, mitigating their impact on human life.

Earlier this year a U.N. report by leading climate scientists said that determining climate change risks on the continent currently "relies on evidence from global studies that use data largely from outside of Africa." The panel said global data, while good at estimating averages across the world, lacks the specifics African nations need to determine how vulnerable they are and how best they can adapt.

Central and north African regions have been singled out by the U.N.'s weather agency as the worst affected by the absence of weather data, which it says leads to significant margins of error in predicting rainfall trends.

This year, Africa has been experiencing a severe drought in the Horn and eastern Africa, extreme heat in the northern parts of the continent, while the southern African region has been pummeled by intense cyclones.

The Mo Ibrahim foundation estimates that some of countries most vulnerable to extreme weather globally are in Africa, with 20% of the continent's population the most at risk. A report released by the foundation also estimates that around 10 million people across the continent are already displaced, at least in part, because of climate change.

Earlier this year the U.N. Secretary-General Antonio Guterres tasked the World Meteorological Organization to ensure that "every person on earth is protected by early warning systems" within five years. Currently, only 22% of weather stations in Africa meet the global climate observing system reporting requirements. The U.N. weather agency is expected to present an action plan of how to achieve their five-year goal at COP27.

"It is in Africa's and the world's interest to invest more on climate research and integrate weather information services for effective adaptation and mitigation strategies," he added.

Mo Ibrahim said that despite a lack of investment in weather services, the continent has already made headway in other areas when it comes to combatting climate change.

"Africa has a great record on climate adaptation. We have over 22 countries in the continent where the main sources of energies are renewables, a feat that is unmatched by any other continent, and vast forests that are efficient in carbon capture," he said.

© 2022 The Associated Press. All rights reserved. This material may not be published, broadcast, rewritten or redistributed without permission.