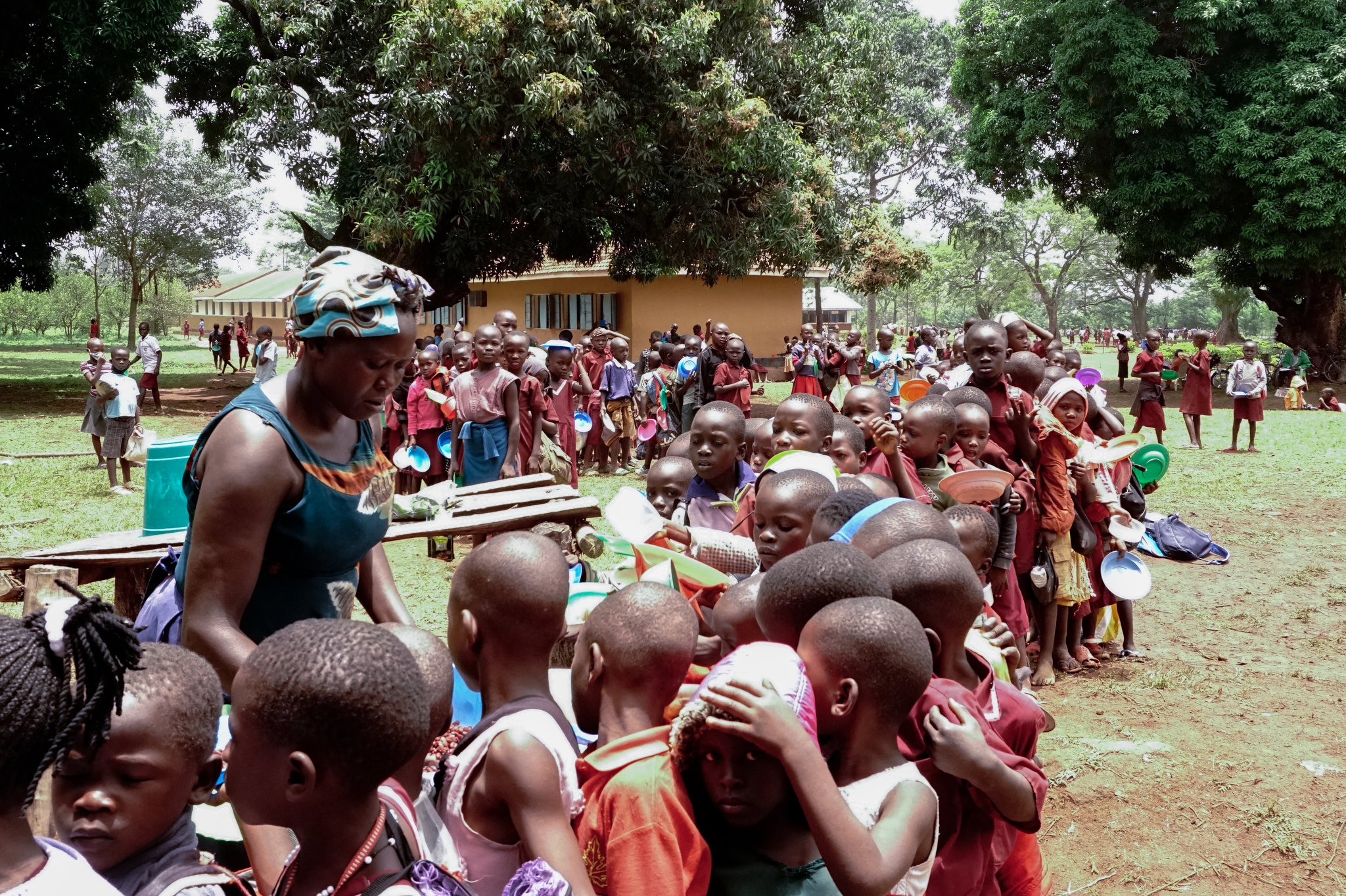 BUSIA, UGANDA — One word can describe every day in Marion Onyango’s P1 classroom at Dabani Boys Primary School in the eastern Ugandan town of Busia: chaotic.

“Class, keep quiet, so we can start learning!” she shouts at the top of her lungs, hoping for a moment of calmness to begin the lesson. It doesn’t come.

“Teacher, I am quiet!” one pupil shouts.

“Me too, teacher!” another exclaims.

More shouts of “me too, teacher” ricochet around the classroom, prompting a clearly frustrated Onyango to let out cries of “OK! OK! OK!” With help from Lucy Lyaka, her co-teacher, Onyango finally brings some sense of order to the classroom. But even then, the silence one would expect in the classroom is absent because there are 120 first graders. A kid coughs. Another sneezes. More coughs and sneezes follow.

Uganda’s public schools have been overwhelmed by an influx of students whose private schools closed permanently during the pandemic, unable to pay their debts when the country went into lockdown. Schools across the country are finding it difficult to provide quality instruction in classrooms that in many cases are holding more than double the recommended 53 students. 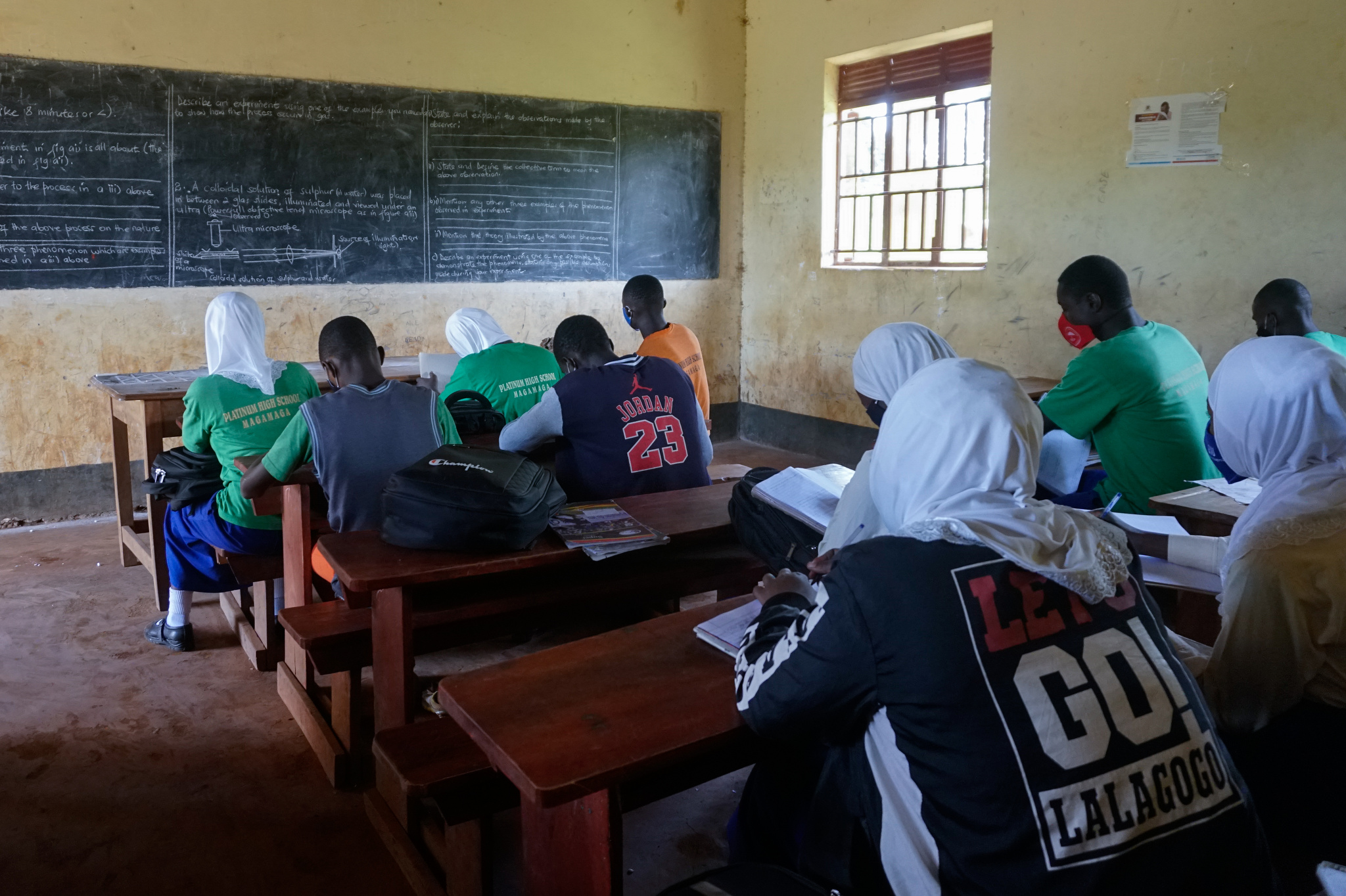 Thousands of schools and colleges have opened in the country since 1993, when the government allowed the establishment of private institutions. By 2017, about 40% of the country’s primary schools and a third of secondary schools were privately run. But they are often heavily indebted and rely on fees from parents to service loans. According to a 2021 National Planning Authority assessment of the impact of COVID-19 on the education sector, 3,507 primary and 832 high schools serving 390,000 students across the country risked being closed indefinitely.

Okumu Charles, the head teacher of Dabani Boys Primary, says he has never had to contend with such overcrowding in the nine years he has been in charge. “We are working under scarcity like never before,” Okumu says, shaking his head repeatedly.

Before the pandemic, Okumu’s school had 750 students. Now he has 1,198, with no additional resources to accommodate the increase. According to Ministry of Education and Sports guidelines, he should have at least 54 teachers. He has 22.

Moses Sanya Obala, a P7 (seventh grade) teacher at Bulwande Primary School in Busia district, says he used to enjoy preparing lessons but now dreads it. “It is crazy,” he says. “I have to go through 130 assignments every day before I even start getting ready for the next lesson.”

Overcrowding in lower primary classes like Onyango’s at Dabani is compounded by parents’ concern that their children resume studies from where they left off in March 2020. Zainab Mbedda says her son had been admitted to P1 for only a few weeks when the government closed schools. From then until January 2022, when schools reopened for his grade, the child was at home without any formal learning. “So, because my son had not learned anything, I couldn’t allow him to enroll in the next class,” Mbedda says. 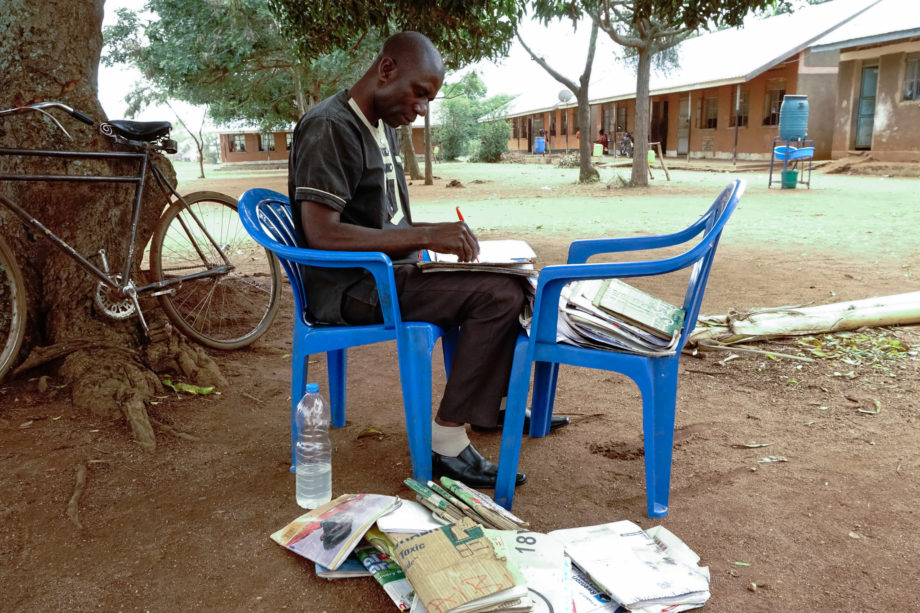 Patrice Lumumba Wanyama, the inspector of schools for Busia district, acknowledges that overcrowded classrooms undermine the quality of education because teachers have difficulty offering individualized help to children who might be struggling. “Teachers will continue to be overloaded until the government starts recruitment,” he says. “Hopefully that will happen soon.”

But Dr. Dennis Mugimba, a spokesperson for the Ministry of Education and Sports, says before the government can start recruiting more teachers, the current workforce needs to be streamlined. He says some teachers have refused to relocate when transferred to schools that need them. Mugimba says there are also teachers who are on the payroll but don’t teach.

“There is some serious cleanup of the system that has to be done,” Mugimba says. “We shall have this validation exercise to ascertain how many teachers we need before we start recruiting.”

Filbert B. Baguma, the general secretary of Uganda National Teachers’ Union, agrees that “ghost teachers” plague the system. But he says it would be difficult to root them out without conducting the exercise openly and involving the head teachers at every school.

“There are ghost teachers attached to some schools but whose names students and fellow teachers do not know,” Baguma says. “Those who put them there will always shield them, and so the problem continues.” 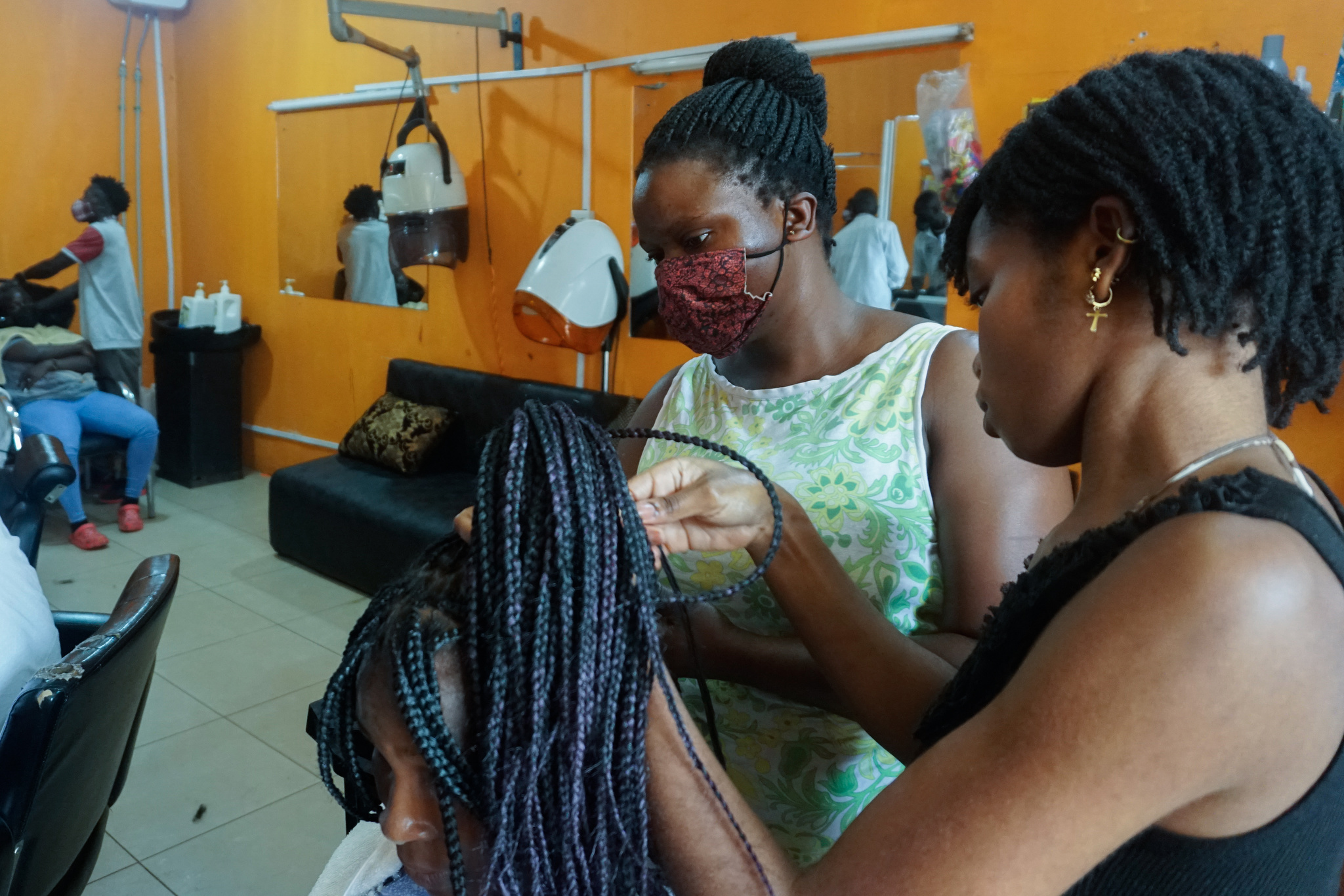 A Big Pay Raise — For Those Teaching the Right Stuff

Okumu, the head teacher at Dabani, says he fears the overcrowding will only get worse. Since January, 31 more children have come to him seeking admission because their parents didn’t have money to bring them to school on the first day of the term.

“I know the numbers are going to go up,” Okumu says. “By the beginning of second term, we could have as many as 1,400 kids.”

Aside from the challenges in the classroom, schools have had problems with sanitation facilities due to increased population. Okumu says the children at Dabani waste too much time lining up to use the five pit latrines — two for boys and three for girls.

Teachers worry children are paying the price. “How do I teach the children hygiene when they have to sit down on a dusty floor for a whole day?” Lyaka asks.

Onyango, her co-teacher, says they spend significant time trying to maintain order in the classroom instead of teaching. A small emergency like a child in the back of the room wanting to go to the toilet can cause a major disruption in a packed classroom. Even with another teacher in the classroom, Onyango struggles to get through her day.

“Talking has become a daunting task,” she says. “At times my throat just dries up.”

Source: https://globalpressjournal.com/africa/uganda/private-schools-close-public-classrooms-fight-overcrowding/
We use cookies to ensure that we give you the best experience on our website. If you continue to use this site we will assume that you are happy with it. Ok