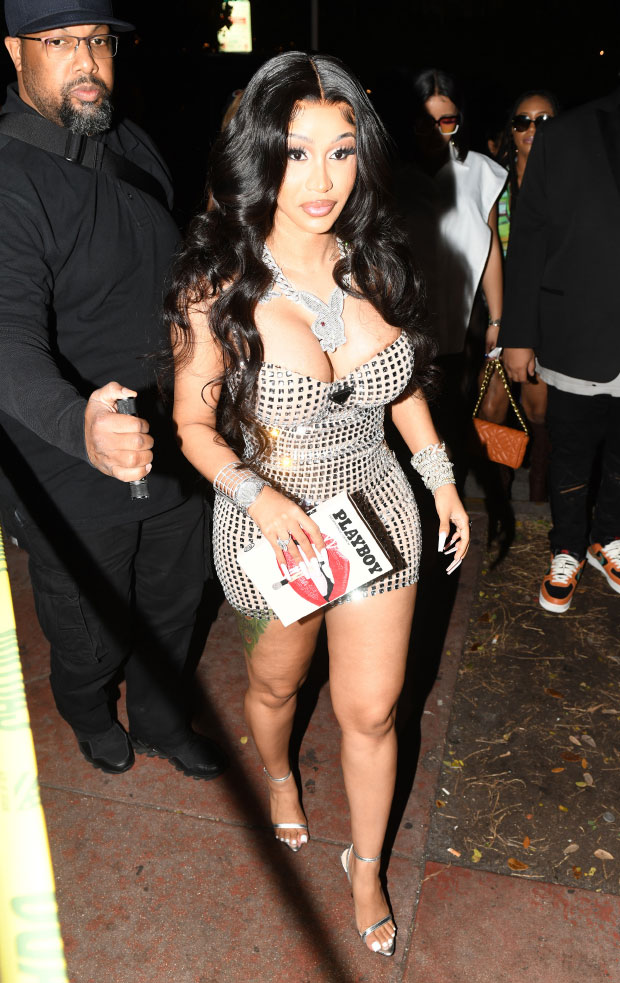 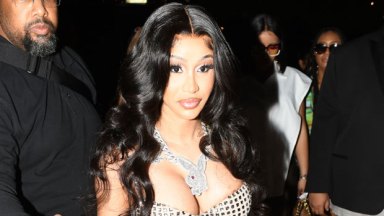 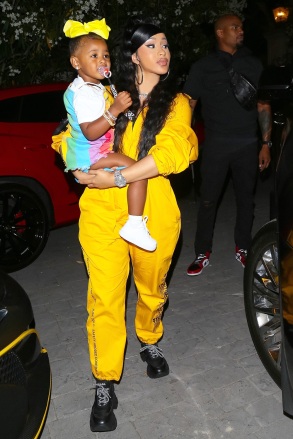 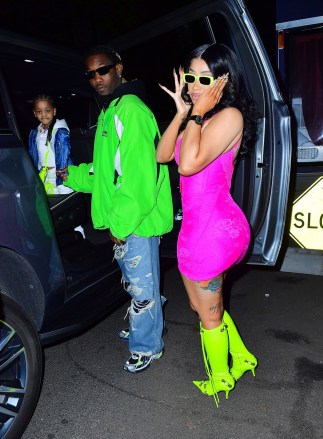 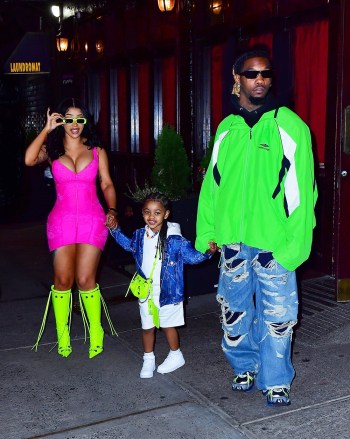 Cardi B , 29, gave fans some joy on June 4 when she shared brand new photos of her son Wave ! The doting mom posted the adorable snapshots to celebrate the tot turning nine months old and she didn’t hold back. Her followers got to see several close-up pics of the happy baby posing and smiling, just months after she initially kept him out of the spotlight in the days shortly after his birth.

“Happy 9 months Wave 🌊🥺!!My baby growing too fast on me🥲,” Cardi captioned the epic post.

Some of the pics showed Wave decked out in a blue and white tie-dye outfit and a matching soft hat while another showed him laying down in a light blue onesie. There was also a close up of the bundle of joy’s face as a towel was draped over his head. Once Cardi shared the post, her fans were quick to respond with kind comments.

Cardi B during a previous outing. (MEGA)

“So cute!” many exclaimed while many others mentioned how much he looks like Cardi’s oldest child, daughter Kulture, 3. “Such a beautiful family,” another fan shared. Others congratulated Cardi and Offset, her husband and father of Kulture and Wave, on the milestone in the latter’s life.

Before she shared the latest pics of Wave, Cardi made headlines for answering a fan who asked her how she changes diapers with long nails. She filmed a video to show the fan and others how easy it can be and it was awesome to see. “Okay girl sooo I just made a whole video,” the rapper captioned her response video on May 17, adding in several laughing emojis. “ Trust me you will get the hang of it! However I do feel like boys are harder to clean, they got more crevices.”

In the clip, she changed a diaper on a teddy bear to show others how she handled the task. The toy even had a onesie on, so she was able to demonstrate how she changes her son when he’s wearing the same thing. Her bright red nails were on full display throughout and weren’t affected at all!