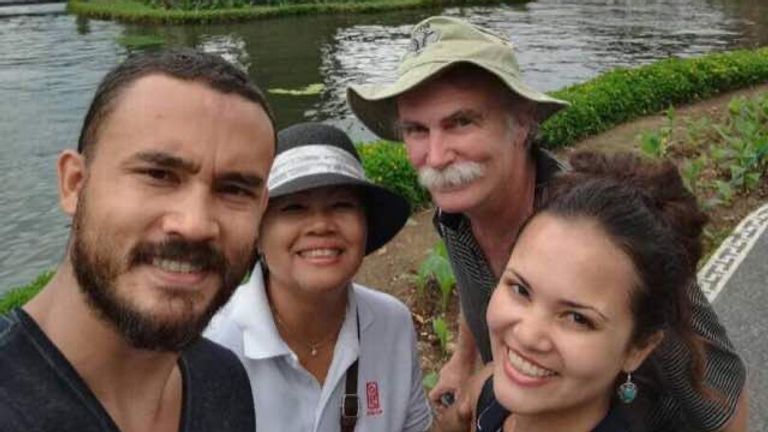 The family of a retired British geologist who has been jailed for 15 years in Iraq said they are "shattered' and "heartbroken" by the verdict.

Jim Fitton, 66, collected 12 stones and shards of broken pottery as souvenirs while visiting a site in Eridu in southeast Iraq as part of an organised geology and archaeology tour.

The father of two was charged with smuggling under the country's antiquities law after his arrest at Baghdad International Airport in March.

Under Iraqi law, he could have faced the death penalty, but on Monday a Baghdad court sentenced him to 15 years in prison.

Fitton's son-in-law Sam Tasker, 27, said the verdict was "tantamount to a death sentence" and criticised the government for their "total lack of action".

"We are absolutely shattered by this news. For a man of Jim's age, 15 years in an Iraqi prison is tantamount to a death sentence," he said.

"Particularly for such a trivial and dubious crime, a crime that Jim was not even aware of when he perpetrated it.

"We are completely heartbroken that our own best efforts, a strong legal defence and constant campaigning, have led to this outcome.

"We are disappointed, indeed stunned, at our own government's total lack of action in this case to date.

"We are raising an appeal and will continue to fight for Jim's freedom, and urge the government to support us in every way possible and to open lines of communication with us at a senior level." 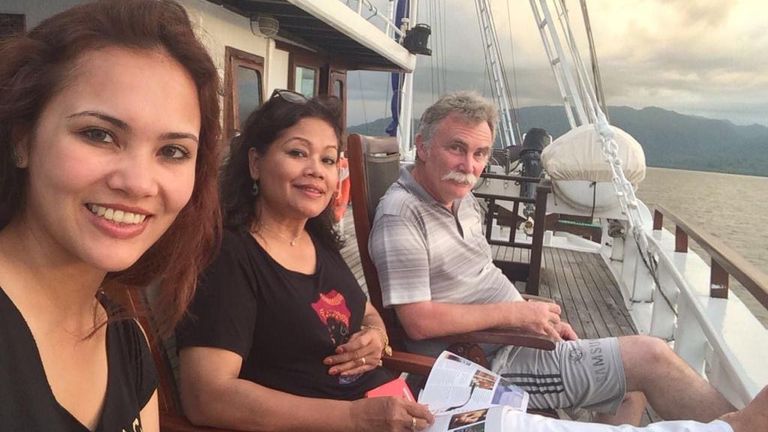 'Worst-case scenario would be one year'

German tourist Volker Waldmann, who was arrested at the same time as Fitton, was acquitted of the same charges and will be released.

Fitton's lawyer Thair Soud said he would appeal the verdict on the grounds that there was no criminal intent, adding: "I thought the worst-case scenario would be one year, with suspension."

The pair had been held in Iraq since the items were found in their bags on 20 March.

The men had told the court they had not acted with criminal intent and Fitton previously said he "suspected" the items he collected were ancient fragments , adding that "at the time I didn't know about Iraqi laws" or that taking the shards was not permitted.

Fitton lives in Malaysia with his wife, Sarijah. 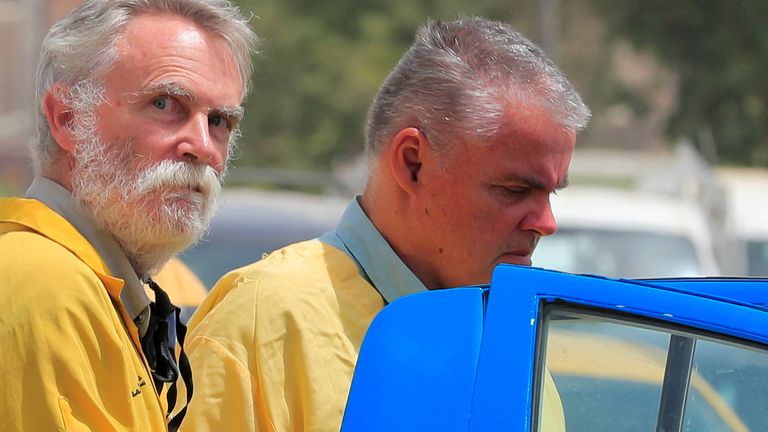 Image: Jim Fitton (left) and Volker Waldmann were both accused of smuggling artefacts out of Iraq

His daughter Leila Fitton, 31 and her husband, Mr Tasker, live in Bath.

Their petition - together with Fitton's son Joshua - calling for UK ministers to intervene to help free the geologist has collected more than 280,000 signatures.

The case was discussed in the Commons last month and Foreign Office minister James Cleverly said the British ambassador in Iraq has raised the case four times with the local authorities.

Judge Jabir Abd Jabir found that by picking up the items, which were artefacts dating back more than 200 years, and intending to take them out of Iraq, Fitton had criminal intent.

The judge did not consider Mr Soud's arguments of Fitton's ignorance of Iraqi law.

Waldman's defence team argued the German had been carrying the pieces for Fitton but that he did not pick them up from the site.