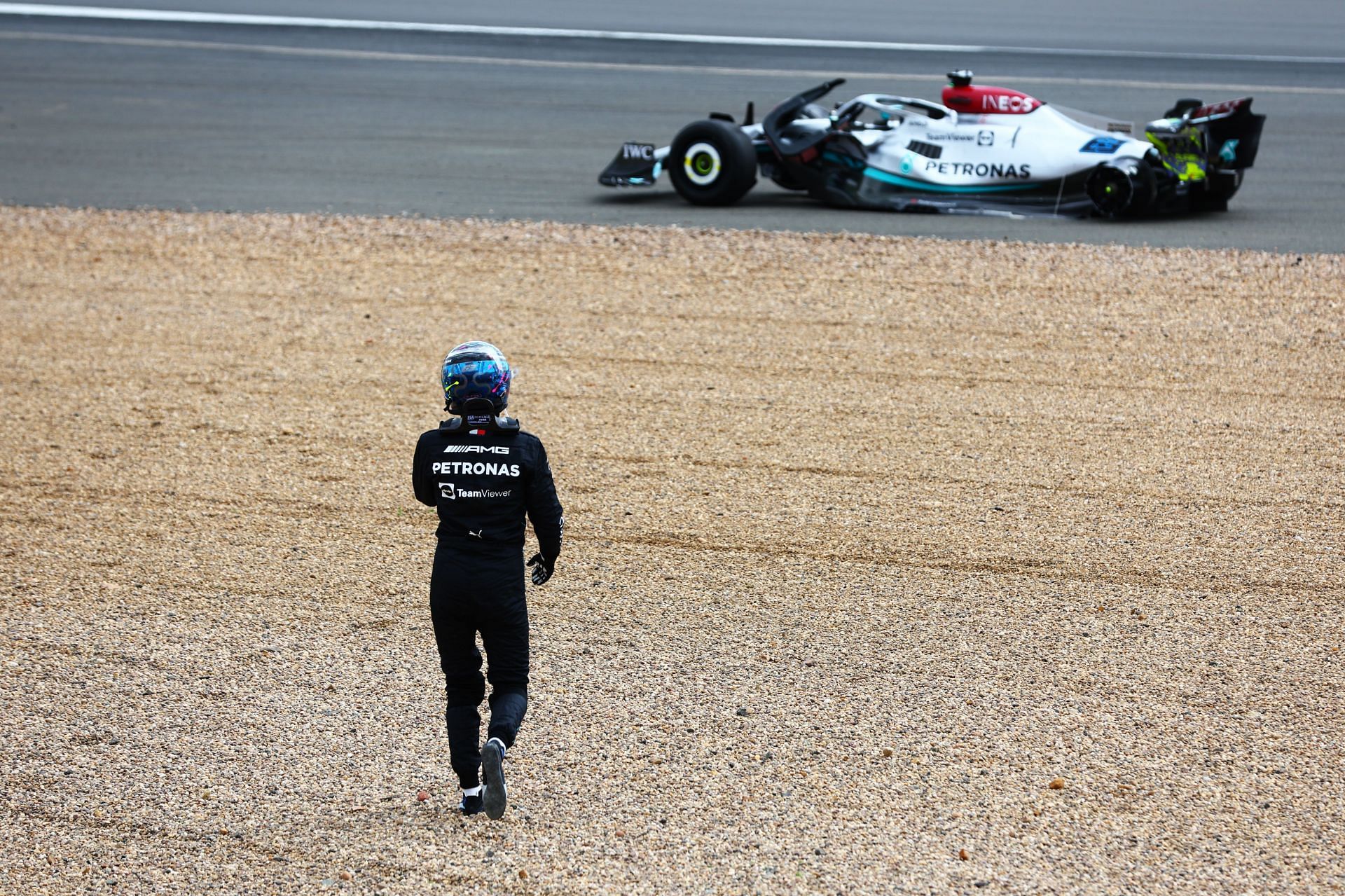 George Russell was involved in a rather horrific crash at the start of the 2022 F1 British GP with Guanyu Zhou. The coming together between the two drivers left the Alfa Romeo flying over the barriers and stuck in a very peculiar spot.

Russell, who watched it all unfold in front of his eyes, was quick to jump out of his car and run toward Zhou to check if he was okay. Meanwhile, his car had suffered a puncture and was loaded onto a flat-bed to be taken off the circuit. As a result, he could not rejoin the red flag restart, something that left the Mercedes driver very frustrated.

Speaking to the media afterward, George Russell explained what happened that led to his inability to rejoin the race. He said:

“I jumped out of the car to see if Zhou was okay, I saw it was red flag straight away. When I came back to the car, I couldn’t quite get it started for whatever reason. So I ran back to the team to check, I told the marshals to leave the car. And next thing when I got back, the car was on the back of the flatbed.” “Apparently as soon as you get assistance, you can’t restart so it’s very frustrating because the car just had the puncture. There’s no doubt we had the pace to come back to P6 today. They’re pretty adamant, the FIA, at the moment [of Russell not rejoining]. It’s one of those unique scenarios.”

George Russell blames the Hard tires for the crash

After a poor qualifying, George Russell gambled on a set of hard tires at the start of the 2022 F1 British GP. The hard tires, however, did not get up to temperature sufficiently at the start due to the cooler temperatures. It was the inability to generate heat in his tires that Russell put down as the primary reason behind the crash.

“Firstly glad to see that Zhou is doing okay. Obviously absolutely horrific incident. Ultimately we took a risk starting on the hard because I made the mistake in qualifying, we were starting out of position and we thought that risk gave us the best opportunity later in the race but there was just no grip whatsoever.”

“The hardest compound is cold out there. I got swamped by all the cars and the next thing I know got touched I was the side of Zhou and that was it.”

The DNF at the start of the race also ended Russell's run of consecutive top-5 finishes in all races so far this season.