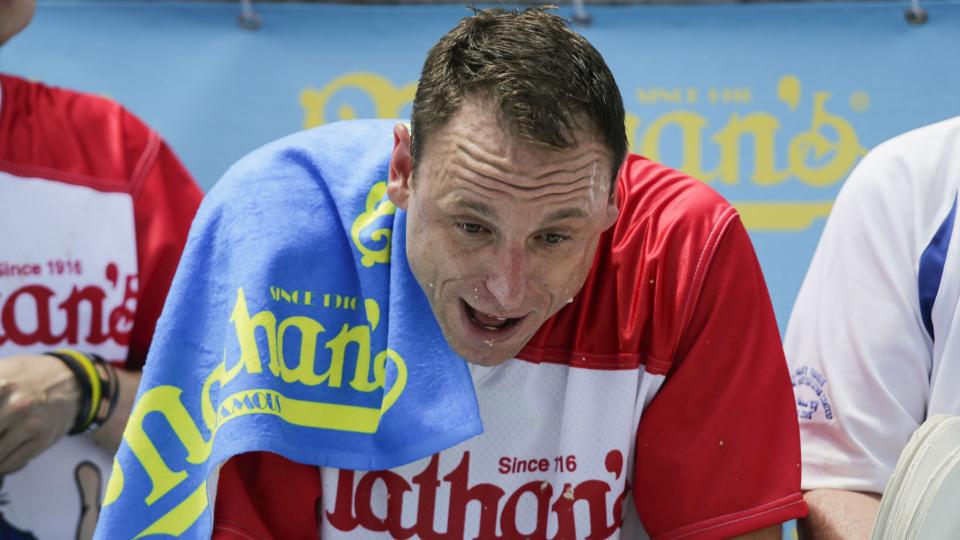 On a day full of American traditions, the Fourth of July is home to one of the most American of them all: The Nathan's Hot Dog Eating Contest, in which contestants engorge themselves on an absurd amount of hot dogs for 10 minutes.

The competition has become the annual Joey Chestnut Showcase. He beat last year's runner-up by 26 hot dogs, choking down a record 76 while Geoffrey Esper finished with 50.

Business decisions must be made, but Chestnut has made competitive eating his business. For Chestnut, at this point, it's about bragging rights and building on his legacy.

MORE: What happens to Joey Chestnut's body after the Hot Dog Eating Contest?

But while taking home a belt is nice, leaving with a check is even better. The winners — and each of the top five finishers — will take home money in the annual July 4 contest.

Below is all you need to know about the prize money for the 2022 Nathan's Hot Dog Eating Contest.

Major League Eating has typically given winners in the men's and women's competition a top prize of $10,000 each, with incrementally smaller prizes going to the remaining eaters in the top five.

The total prize pool is $40,000. Here is how the purse has traditionally broken down:

For the men, Chestnut will be trying to defend his title, whereas Michelle Lesco is defending her title for the first time after Miki Sudo missed the contest last year.

What is Joey Chestnut's net worth?

Chestnut is perhaps the only person on Earth who has made competitive eating a viable lifestyle.

The 14-time winner of the Nathan's Hot Dog Eating Contest — not to mention countless other Major League Eating competitions — has a net worth of $2 million, according to Celebrity Net Worth. According to the site, he can make between $250,000 and $500,000 per year from winning competitions and subsequent sponsorship deals.

In addition to his winnings and sponsor money, Chestnut has his own line of condiments for hot dogs, brats, sausages, wings and sandwiches.

Chestnut set a record at the 2021 event with 76 hot dogs, while six-time defending champion Sudo didn't compete as she awaited the birth of her child and was unseated by Lesco in the women's division.

Below are the contest winners dating to 1997.