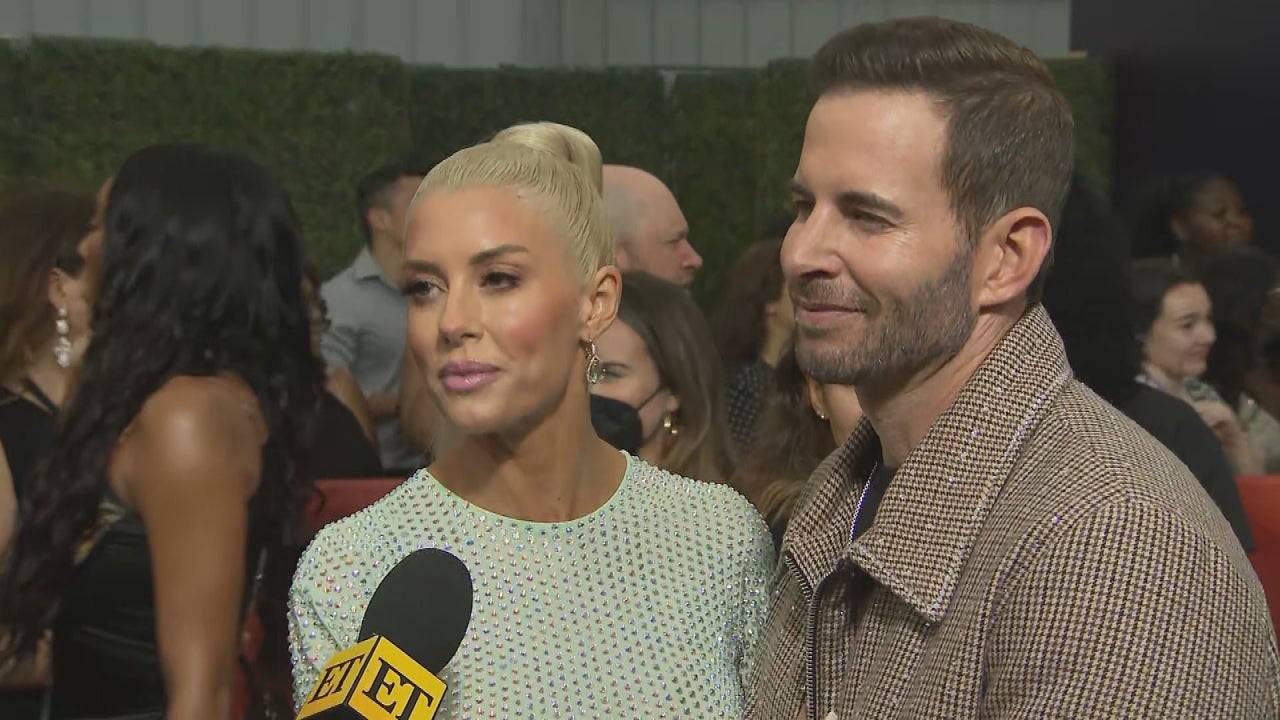 Tarek and Heather Rae El Moussa are committed to co-parenting. ET's Denny Directo spoke to the newlyweds on the red carpet at the 2022 MTV Movie TV Awards: UNSCRIPTED, and they revealed how they work to raise Brayden, 6, and Taylor, 11, with Tarek's ex-wife, Christina Hall.

Christina, who is now married to Josh Hall, is also mom to 2-year-old Hudson, with her second ex-husband, Ant Anstead. Back in April, Ant filed for full custody of Hudson, but his request was denied.

"We work really hard all of us and we try to make decisions for what's in the best interest of the kids," Tarek said.

Heather, who appeared to argue with Christina at a kid's soccer game last month, added that, while co-parenting, it's important to remember that "the kids are always number one and communication is very important."

"The kids are always number one regardless of any other thing going on in your life," she said. "Speaking through things, communication, and being happy for the children."

Around the same time photos of the apparent argument surface, Brayden had emergency surgery. The experience, Christina wrote on Instagram, was "a good reminder of how important teamwork/co-parenting is."

"We are all under pressure but when it really matters we were all there for Brayden doing our part," she added. "Sometimes a scary situation can be a good wake-up call. In the end, all of the other stuff is just 'noise,' what matters is the kids."

As for Tarek and Heather's relationship with Christina now, the former said, "It's good. We're parenting. Things are good."

In addition to co-parenting, Tarek and Heather have been open about their fertility journey as they work to have a baby of their own.

"It's a struggle. It's a lot of emotions up and down. I'm lucky that I have my husband and my step-kids to be there for me. A lot of people don't have that," Heather said, before offering advice to other couples going through similar situations.

"Stay positive. Your journey will come. There's a lot of love out there. I'm always here to support women in that because I went through it," she said. "... Just try to have a positive outlook."

That positive outlook may have worked for the couple, as Heather, speaking about her and Tarek's baby timeline, said, "You never know what's going to happen. You never know. We can't predict the future. You might be hearing some good news soon as well."

Professionally, the couple is busy too, with Tarek hinting that he's on the hunt for his next show after the end of  Flip or Flop earlier this year.

"We're always working on it. You never know, there might be something coming soon," he teased, before Heather admitted that she'd love to team up for a show with her husband.

"My man is so talented. I've already learned so much from him. I would love to get into the flipping business more," the Selling Sunset star said. "I love real estate. I'm in the business, so why not cross over?"

"Plus we have fun together," Tarek added. "We get to film together."

As for their date night at the awards show, Heather gushed, "I love it. This is probably the most crazy red carpet I've ever been to. It's just fabulous."