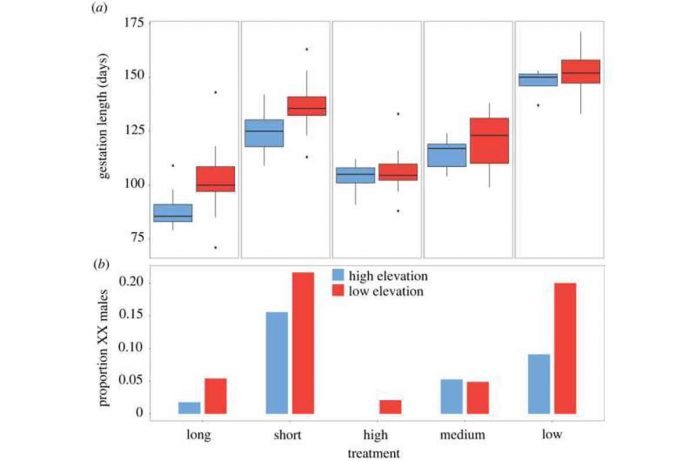 Some species that lay eggs, such as frogs, reptiles, and fish, have been demonstrated to undergo a gender switch while still in the egg. This has been ascribed to environmental factors such as temperatures that are warmer or cooler than typical. The researchers discovered the same tendency in a non-egg-laying reptile in their latest study.

The researchers gathered 100 pregnant skinks from mountain environments in Tasmania to learn more about them—previous study has indicated that they reside at different heights, which means varying temperatures. The creatures were then divided into numerous groups and housed in terrariums at various temperatures by the researchers.

The researchers assessed the kids for gender physically and genetically after the moms gave birth. They discovered that all of the infant skinks with female morphology had XX chromosomes, indicating that no males had switched genders. They also discovered that 7% of infant skinks born with male sex organs had XX chromosomes, indicating that they had switched gender while still in their mother’s womb.

The majority of the gender shifting occurred with skinks growing inside a mother who had been exposed to cooler temperatures than the others, according to the researchers. They also noticed that the majority of the exchanges took place with mothers who lived at lower elevations, which would have been the warmer section of the mountains. When women raised in warm areas were transported to higher, colder locations, they appeared to be more prone to switch offspring.

This is the first time a non-egg-laying species has switched gender owing to environmental factors, a discovery the researchers describe as “striking” because it is so plainly one-sided—only female skinks experienced gender-swapping.