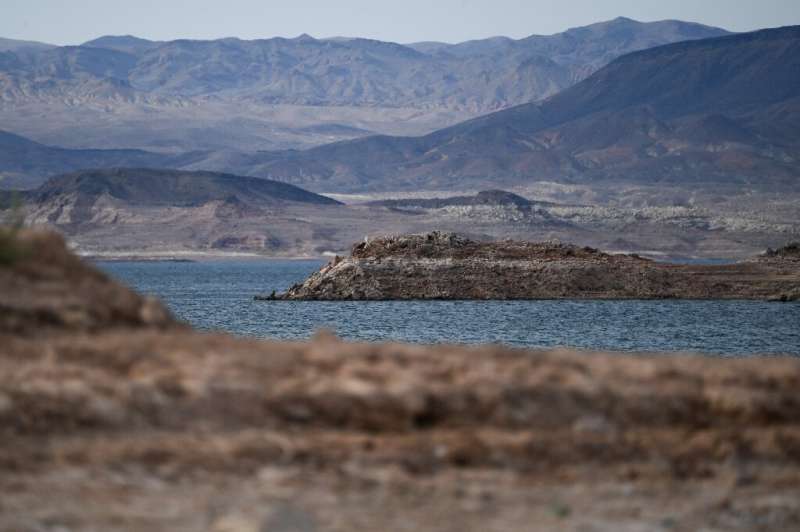 Exposed rock from low water levels due to the western drought is seen at the Lake Mead Marina on the Colorado River in Boulder City, Nevada on May 5, 2022.

In the 15 years since Adam Dailey began boating on Lake Mead, the shoreline has receded hundreds of meters, the result of more than two decades of punishing drought that is drying out the western United States.

Launch spots that lined the edge of the lake, located outside Las Vegas, have been abandoned, and a single ramp is now the only way to get a boat in the water.

"We used to have more. So everyone's fighting to use one ramp... and still trying to figure out how to get along," said Dailey.

"It's kind of sad, what's going on. But we still come out and try to enjoy it when we can."

Lake Mead is the largest reservoir in the United States, a huge man-made body of water formed by the construction of the Hoover Dam in the early 1930s.

Its 247-square-mile (640-square-kilometer) surface area stores water for tens of millions of people and countless acres of farmland in the southwest.

But it's shrinking at a terrifying rate and now stands at just one-quarter full.

The National Park Service (NPS), which manages access to the lake, has spent more than $40 million since 2010 trying to keep the water open to boaters.

It costs them $2-3 million dollars to reconfigure the boat launch ramp every time the water levels fall another four feet (120 centimeters).

"Declining water levels due to climate change and 20 years of ongoing drought have reshaped the park's shorelines," the NPS says on its website.

"As Lake Mead continues to recede, extending launch ramps becomes more difficult and more expensive due to the topography and projected decline in water levels." 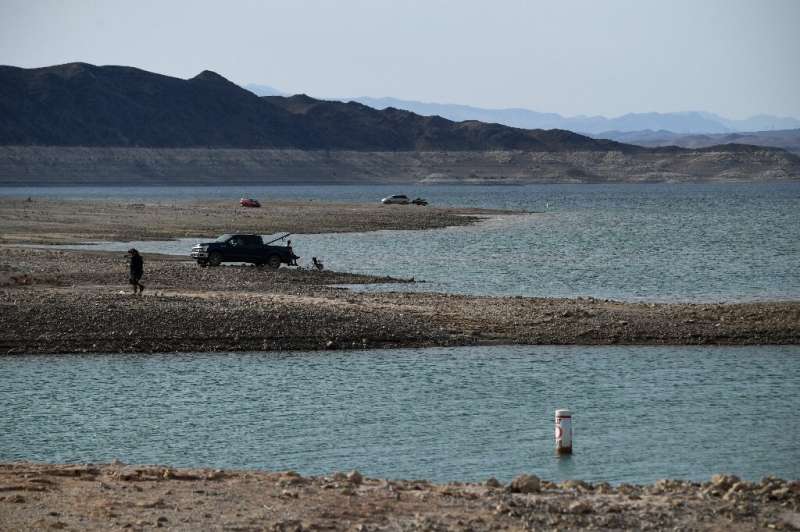 People recreate on the shore during low water levels due to the western drought at the Lake Mead Marina on the Colorado River in Boulder City, Nevada on May 5, 2022.

A series of NPS signs show the shoreline at various points since 2001. The sign marking the level in 2021 is 300 paces from the water.

In the mud, the receding waters leave behind bottles, cans, fire extinguishers and other detritus that somehow made its way overboard in years gone by.

The rocks that form the hard edges of the reservoir offer a stark illustration of just how far water levels have fallen.

A white band of mineral deposits stains the mountainsides like the ring on a bathtub, showing where the water was at its high point after a flood in 1983.

"And the island—only the tip... was out 25 years ago. So now we can't even race here anymore. It's dropping drastically."

The growing islands in the middle of the lake point to the uneven topography of the valley that was flooded—and the hazards that await.

"Every day someone's ripping a drive off, because last week, where there was no rock, it's now a foot down or two feet down so things are exposed," boatseller Jason Davis said.

"You've got houseboats getting beached and stuck, and people are ripping their lower units off."

And with vessels that can retail at hundreds of thousands of dollars, a weekend outing can turn into a costly mistake. 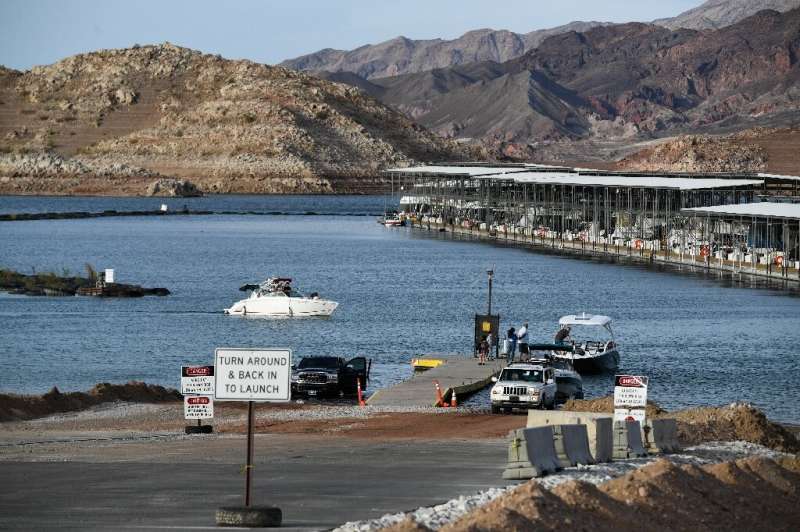 Visitors launch boats from a ramp extended multiple times as a result of worsening low water levels due to the western drought at the Lake Mead Marina on the Colorado River in Boulder City, Nevada on May 5, 2022.

For some people, the risk of an accident and the sheer hassle of having to wait so long to get a boat into the water and then out again at the end of the day means Lake Mead is no longer a viable recreation option.

Below the Hoover Dam, stretches of river remain relatively unscathed by the dropping water levels.

At Willow Beach, across the state line in Arizona, kayakers frolic in the shallows, unloading water pistols on each other as 104 Fahrenheit (40 Celsius) sunshine beats down.

A small marina there offers Steve McMasters a place to stage his pontoon, just a short distance from his home in Boulder City.

"It can be a four-to-five-hour wait on weekends to get your boat out of the water (at Lake Mead), so this is big to have," he said.

Climatologists say two decades of drought is not unheard of in the western United States, but combined with human-caused global warming, it is transforming the region.

Higher temperatures mean less moisture falls as snow on the Rocky Mountains, and what snowpack does form melts more quickly.

This leaves the Colorado River without the slow and steady feed that supplied it year-round in the centuries and millennia before the region was settled. 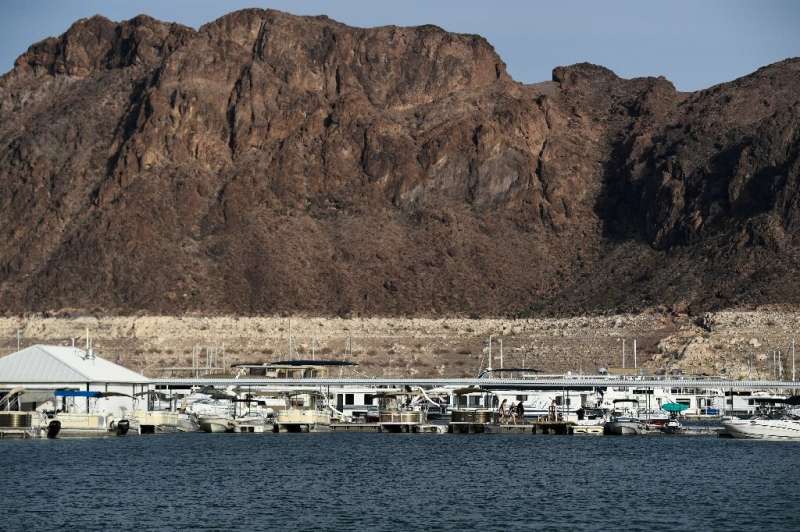 The bathtub ring of Lake Mead during low water levels due to the western drought at the Lake Mead Marina on the Colorado River in Boulder City, Nevada on May 5, 2022.

In climatic terms, Lake Mead is a baby; in existence for less than 90 years.

But in human terms, it is vanishing at a startling pace.

Jason Davis, the boatseller, says more people need to witness the stark changes for themselves.

"If you haven't come to see these rings, you know, you don't quite comprehend," he said.

And if the water keeps dropping?

Source: https://phys.org/news/2022-07-mega-drought-boating-rough-lake.html
We use cookies to ensure that we give you the best experience on our website. If you continue to use this site we will assume that you are happy with it. Ok